Drinking Out of a Mason Jar is a Cute Thing!

Hey everybody! Leslie here, sharing a 3-D shaker refrigerator magnet featuring our Stones Stencil and Mason Jars Chipboard Embellishments! I love 'thinking outside the box' with my crafty projects, and all it took to make the chipboard into a 3-D shaker was a couple double-sided adhesive foam strips and some acetate! The Stones stencil is one of several new stencils in the store and I used it with distress inks to embellish the banner on the front of the mason jar. 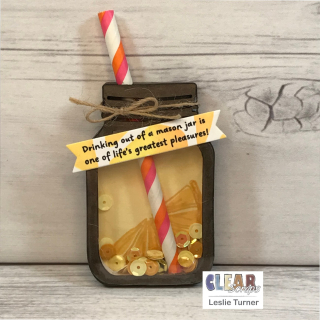 I started by coloring the top chipboard form of the Mason Jars Chipboard Embellishments as well as the edge of the chipboard back with a gray alcohol marker. I cut a piece of white cardstock and a piece of clear acetate the shape of the mason jar chipboard back, set aside the acetate piece, and colored three-quarters of the white cardstock with a yellow alcohol marker to resemble lemonade. I stamped a whimsical lemon in the bottom right corner in three coordinating yellow inks, and adhered the cardstock panel to the chipboard back so it's visible through the aperture. 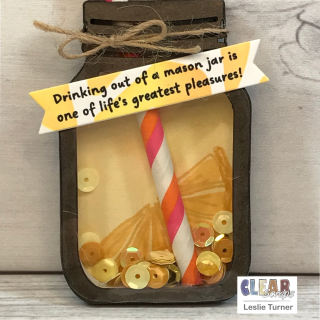 I adhered the paper straw in place and then added two double-sided adhesive foam strips around the edge of the mason jar, one on top of the other. I placed the top chipboard form onto the adhesive strips, added yellow sequins, and adhered the acetate piece on the very top to resemble glass. I added a twine bow around the top of the mason jar as well as a die cut banner with a computer-generated sentiment that I stenciled with the Stones Stencil and three distress inks. 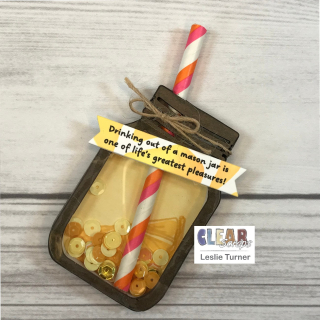 I adhered a strip of cardstock around the outside edge of the mason jar to conceal the adhesive foam strip, and then adhered two small disc magnets on the back with distress collage medium which finished the project.

I hope you're inspired to get out those craft supplies and play! Thanks so much for stopping by today - we'll see you next time!