Hello everyone... Helen is here again today and I would love to share you an art journal page I created using Clear Scraps Stencils. 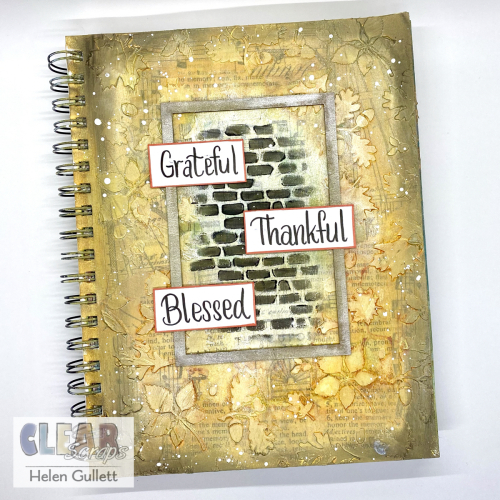 For the base, I applied some pigment inks on the mixed media page using the brayer. I applied each color overlapping each other to build up the background. I did it several time until the whole page was covered enough with the inks. 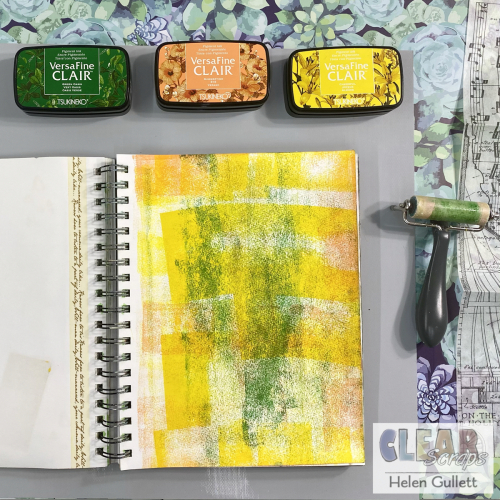 Next layer, I added the printed tissue paper. I tore the tissue paper into some pieces and randomly I added on the page with gel medium and brush. I let it sit until the gel medium dried well. 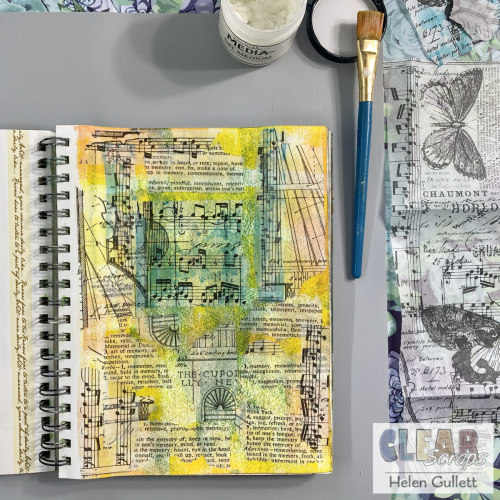 After that, I put the 6x6 Fall Leaves on top of the page and applied the modeling paste on the stencil with the palette knife. I covered the edges to be look like a leafy frame on the page. I let the paste to dry naturaly. It took a while... but if you want, you can also use craft heater tool to dry the paste but have to be very careful becuase the paste can be bubbly when it is too hot. 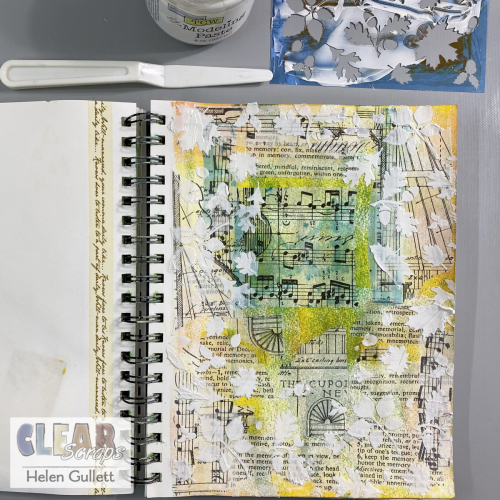 After the modeling paste dried, I applied some white gesso on the page using flat brush. It was a thin layer that only muted the background a little bit. I let the white gesso to dry. 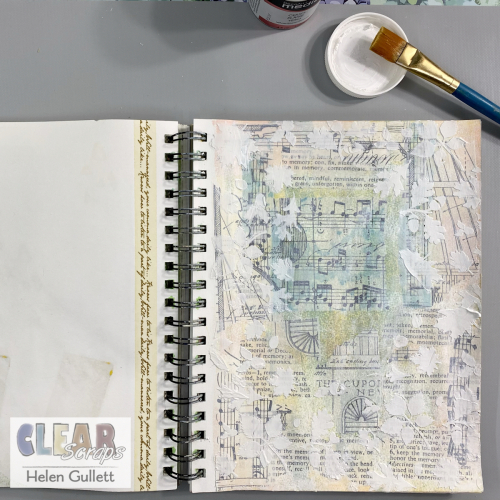 Next step is adding some colors. I started to build up the colors for the page. First, I sprayed the mixed media art sprays on the page and blended them with brush. After that, I dabbed of some puddle of paint with paper towel and then I dried the paints with craft heater. 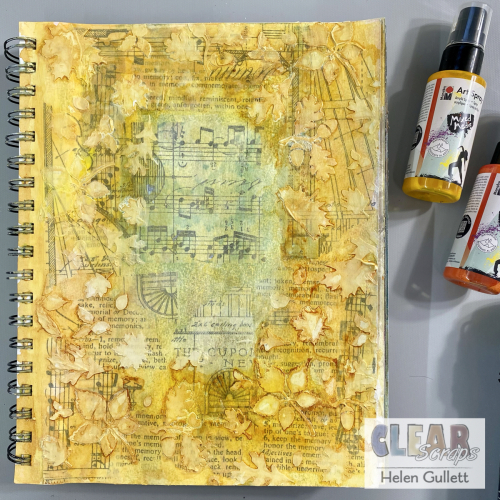 I grabbed some of my Metallic Gelatos sticks and applied them on the page. I scribbled the pigment on the page and then blended them with my finger. 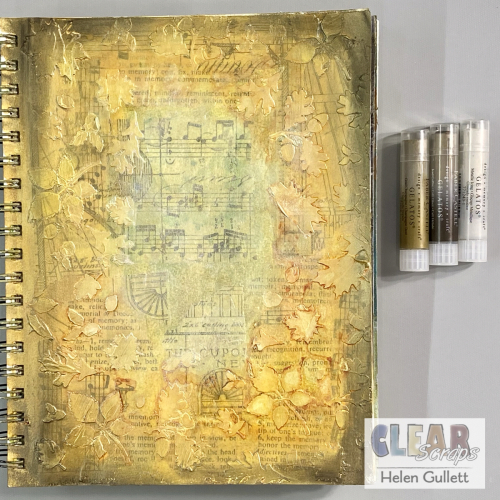 I put the 4x6 Brick Wall Stencil right in the middle of the page, and then I scribbled some of the black Gelatos stick on the stencil and using my finger to spread the pigment. After that, I added some white acrylic paint splatters on the page and dried it with craft heater. 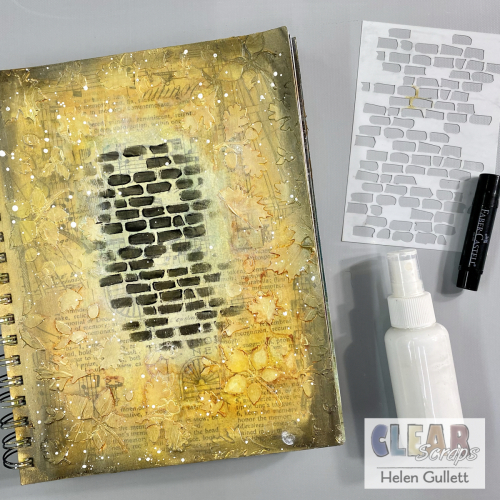 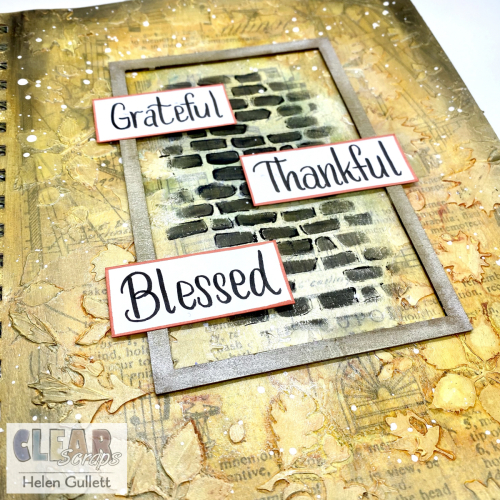 I wrote the words: Grateful, Thankful and Blessed on a white cardstock using Black Permanent Brush Pen. I trimmed them into word stripes and I added on the page with 3D foam tape and permanent adhesive glue.

That's my project for today... Hope you all enjoy it. Thank you so much for stopping by our blog today! Have wonderful day....