Hello crafty friends... Helen is here. Today, I would like to share this mixed media 5x7 canvas with you all. 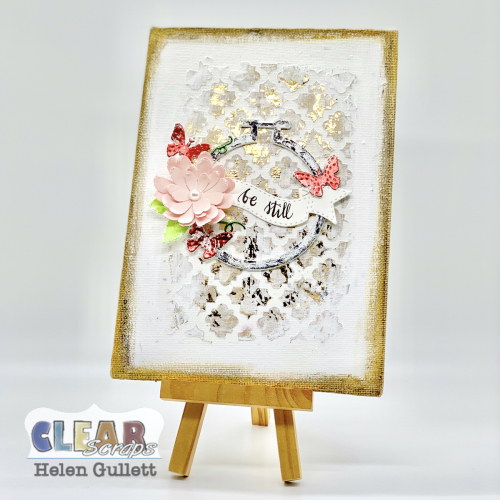 In the last several weeks, this phrase "Be Still" resonates in my heart and mind every day. I am learning to be still in the Lord and waiting for Him more than before. I finds more joy and hope to go through each day. 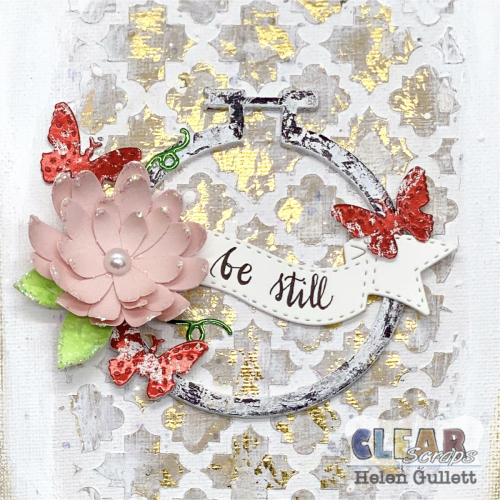 After the gold texture paste dried, I added thin layer of white gesso on the canvas randomly with my finger. Then, I dried it craft heater half way and when it was still tacky, I added some DecoFoil Gold Foil Sheet randomly on it. It give the extra distress look on the background.

I cut off one of the embroidery hoops chipboard with scissors. I covered it with some white gesso, dried it half way with craft heater, then when the gesso still tacky, I added the DecoFoil Black Foil sheet on the hoop randomly. I added the embroidery hoop on the canvas with 3-in-1 Beacon glue. I held it down with some large acrylic stamping block until the glue dried well. 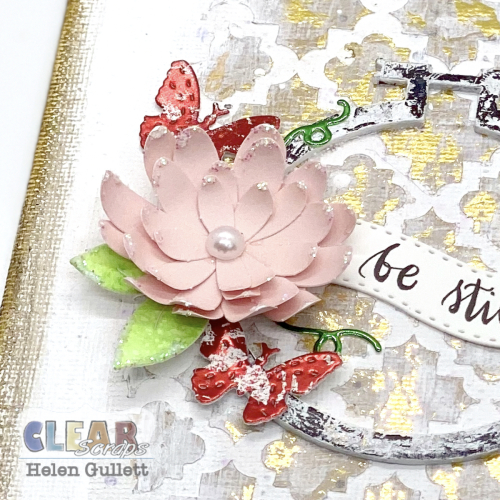 I found the paper flower in my stash and I added some fine glitter on the tip of the petals with dries-clear permanent glue. Set aside to dry. 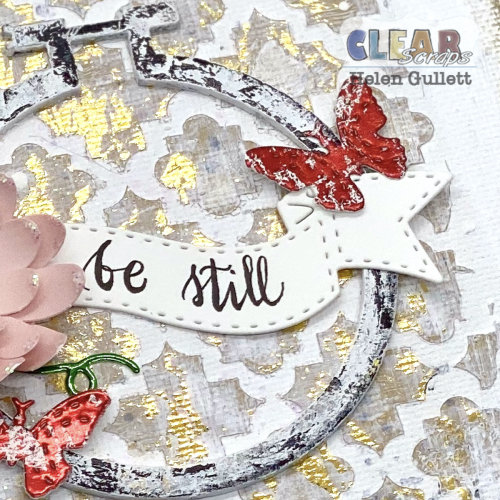 I also cut out the vine out of metallic cardstock, the leaves out of watercolored paper and added some glitter on the tip of each leaf, and the banner out of white cardstock. I wrote the sentiment words on the banner with Tombow Fudenosuke Brush Pen.

I added each piece of the embellishment die cuts on the embroidery hoop with 3-in-1 Beacon glue. For the finishing touch, I added some of the gelato around the canvas using my finger.

This canvas is sitting on my desk as a reminder to continue to be still in the LORD every day. I hope this project encourages your heart today.

There are many embellishments and stencils at Clear Scraps store that you will love. Check them all out! Thank you so much for stopping by the blog today!

Posted at 04:00 AM in Chipboard, Embellishments, Other Crafts, Stencils | Permalink | Comments (0)