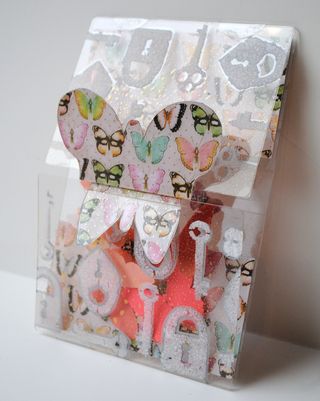 Hello! Liza here, and I have a project to share that was dear to my heart to make.

My daughter turned 17 this month. It's not a "sweet" year like 16, it's not a milestone like 18. It's a transition time as she ramps up for Senior year, college applications, and working. My daughter has had a long year overcoming some personal challenges and reaching very personal goals with amazing success. These weren't obvious, outward challenges but important to her. And she quietly works toward her end game, maing strides. I am so proud of her.

I thought that kind of year deserved an extra special keepsake card to commemorate it. Using the Clear Scraps Send It Clear Card in Butterfly - I love using butterflies! - I incorporated something you don't always associate with a winged spring icon, the 6" Keys and Locks Mascil. I adore the Mascils because you can use them for so much more than stenciling but this time I used it strictly as that. Here are my steps: 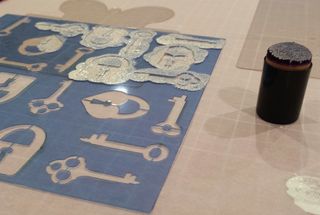 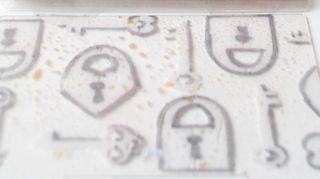 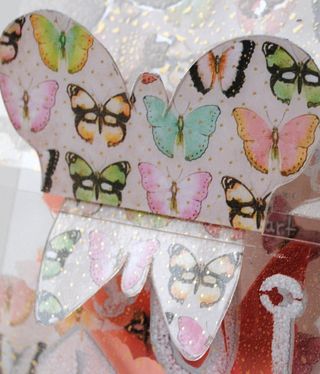 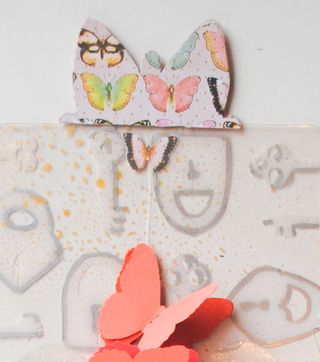 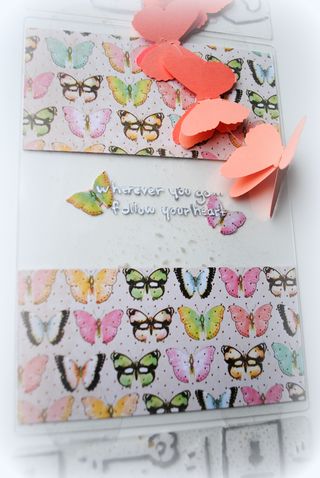 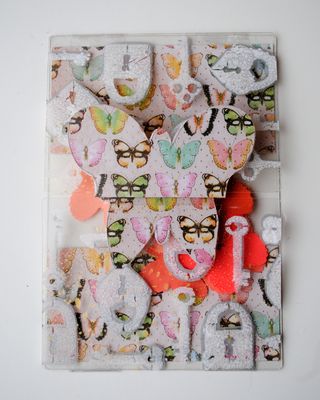 So now you see a card with a butterfly surrounded by locks and keys. When opened, it becomes group of free flying butterflies! Just like my daughter's accomplishments. I wanted to keep it as a animated sculpture so instead of writing on the inside I signed the back. 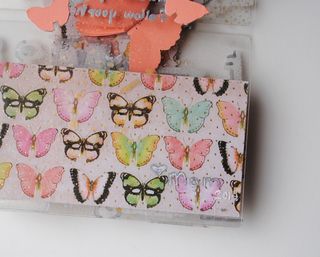 I hope you enjoyed this how-to. I strive to inspire! Have a day as a free as a butterfly!